The Increasing Need for Science Communication

At the time I didn’t understand the importance of communicating with others through public speaking. The importance of communication had, up until this point in my life, never been conveyed to me. Sure I had to do an occasional presentation here and there in high school, but somehow I never got the message. Communication is that one skill that every person and every career will need. Besides the implications for being successful in work, communicating with other humans is immensely important for social interactions, relationships, and communities.1 In fact, the entire notion of social media (an industry with companies worth billions) is built on the idea that we humans; like to share information, tell stories, and captivate audiences. So why is communication class often considered a waste of time in most education systems, and thought of as a major for the football team so they can get good grades in SOMETHING…

It would be outrageous if young people went to school and didn’t learn to read or write. There is no doubt that we value those skills as a society, however, communication between each other, and in a public realm is something that is neglected in education By the time anyone begins to learn the value of public speaking he or she is often already dealing with deep-rooted social fears, anxiety and embarrassment surrounding speaking. In general these problems are related to a lack of skill and experience with communication. 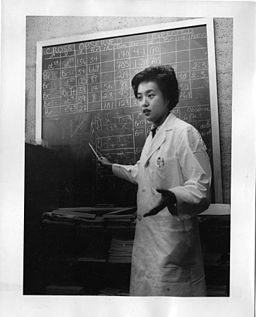 Communication in the Scientific World

A problem that occurs and is reinforced in the scientific community is that science communication is considered to be a waste of time. Indeed there is a systematic problem with the higher levels of academia, where new young graduate students are indoctrinated with this line of thinking. The structure for advancement in the scientific and academic world usually follows a linear path from undergrad to professor-hood. For example if a person works their way through a PhD program, they will likely have a mix of scientific skills, including research, subject expertise and writing skills. As they move on in their career, and begin a post doc position they enhance their research skills and gain independence as a scientist. The problem comes when someone begins their career beyond graduate school or post doc. Once a person moves into the academic world as a professor, they need to be a teacher, a mentor, and a community member. Often these requirements are not only in the department  but also in the greater community in the form of outreach. The problem lies not in the requirements of the job as a scientist, but rather in the lack of training and emphasis on these necessary communication skills.

“With some exceptions, most working scientists have little responsibility for dealing directly with the public. An elite group of scientists, however, especially those who publish in journals monitored by the press, are often sought for interviews by media reporters.” 2

The dichotomy between the lack of communication training with the practical need for communication skills, creates a systematic problem within the scientific community. Additionally, it is becoming more and more of an issue as the world continues the march towards a socially connected global community. Unfortunately, the lack of skills in communication is deeply rooted in every department I have been a part of (4 at the time of this writing). There are always a few scientists who do a mediocre job teaching, presenting, and mentoring. Furthermore there is a lack of opportunities for these scientist to improve their skills, and fix their mistakes in a constructive manner. The reality is, not only is communication neglected within the scientific community, but the problem is made much worse by the lack of training.

“Scientists are often reluctant to engage in public dialogue. Fellow scientists may look down on colleagues who go public, believing that science is best shared through peer-reviewed publications. Scientists may also believe that broad-cast media are trivial, that scientists should be humble and dedicated to their work, that scientists should have neither the time nor the inclination to blow their own trumpets, that the rewards of a media career can compromise a scientist’s integrity, that the public may commandeer a story and distort it, and finally that the public may get excited about the wrong side of the story.” 3

The above statement clearly outlines the current way of thinking within scientific communities. However, scientists can no longer stay hide in their own sphere of influence within the laboratory. The global community is in need of scientific expertise now more than ever before. With the ongoing climatic changes the Earth is experiencing, the public will increasingly turn to the scientific community for clarity, explanations, and understanding of the problem at hand. Hopefully that will spur the scientific community to respond by enhancing communication skills and improving opportunities for scientists to learn how to speak to the public.

Focusing on the Audience’s Needs, 4 Common Problems in Public Speaking