In this day and age, we often have major debates about credibility, reliable sources, and discerning the factual truth. The trouble is that listening, watching, or reading scientific information requires that both the consumer of the information or audience use critical thinking skills to determine credibility and accuracy. Now more than ever, the need for credibility and trust between an expert (scientist) and their audience is paramount to be able to transmit information and ideas clearly. However, increasingly as consumers of information we are bombarded with an overload of facts as well as deceptive material that may be more ‘click bait’ than useful facts. In this article, we take a look at what methods and strategies that one can be used to gain credibility and trust between when communicating science to a target audience.

“Scientific and public credibility of the research are of equal importance.” 1 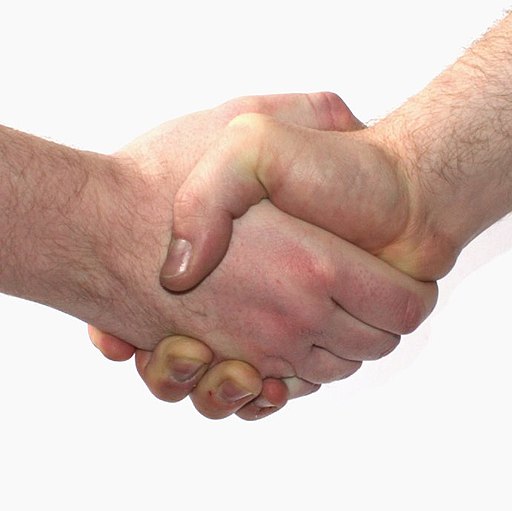 As scientists and science communicators we often assume that the ‘facts will speak for themselves’ but in reality, this has never really been the case. Just like scientists, the general public and non-experts are skeptical of information and ideas they are not familiar with. This probably comes from an ancient evolutionary defense mechanism dictating that ‘new things are dangerous’ and caution should be taken when anything new comes into my world. In our modern life this could be anything from a snake oil salesman to the most recent scientific peer reviewed report on climate. Our job as communicators is to allow the smooth transfer of information to our audience. When we break down difficult to understand material so that anyone can comprehend them, then our audience is informed and can make objective decisions about the information. In other words, we don’t ‘let the facts speak for themselves’ but instead we guide the audience by shedding light complex and difficult to grasp topics.

“Building credibility is not a short or easy task. It is significantly complicated by the profound differences that exist between [people’s] goals” 2

Communicators in the science and business world alike must build a rapport with their audience to begin to have and trust in the ideas being expressed. This can be accomplished by communicators evaluating their own credibility before considering their audience. As scientists we often are quite proud of the fact that we have a built-in level of scrutiny in our field, whether it be through peer review, panel discussions, or open access materials. Indeed, scientists try hard to be transparent and held accountable. However, as with every profession there is a dark side of science that receives a lot news coverage such as the, fabrication of data, lying about efficacy of trials, or overall dishonesty in one’s methods. Unfortunately, people tend to remember negative events more than positive ones and so for every 1000 honest scientists one dishonest person can ruin credibility and public trust. Therefore, the first step in achieving credibility is by holding ourselves accountable to objective reporting and overall performance checks2. Doing this although tedious will only make our information more accurate as well as build trust with the public.

For most of us, becoming a scientist was probably done without much attention from the public or media coverage1. The natural progression of most scientific training is done in a stereotypical isolated laboratory late at night without much in the way of public scrutiny. As a result, we develop habits of not sharing our own quality control processes on our work simply due to habit. This is the second, and unfortunately common, pitfall of the scientific community–isolation. Working long hours on your idea alone or within a small group is a recipe for sowing mistrust and skepticism among the public. Scientists are accused being ‘elites’ working in ‘ivory towers’ and not having anything in common with the public. Although this perception is unwarranted, it can stem from bad habits of not being open about the scientific method we use. We have to go the extra mile to make sure that our work does not appear to be an arcane mess that only we can make sense of. Success in credibility and communication relies on us involving others in the decision-making processes and informing those who have a rudimentary understanding of the topic in the progress of a project2. This is true for lab meeting of 5 people or a company with 5000 employees. We have to be able to share information, our decision process, and how our conclusions were formed based on observations. This doesn’t mean we need to advertise our conclusions before they have been scrutinized, nor do we need to give away our project ideas and goals before they are completed. Rather we need to make sure that our audience understand that science does not operate within a black box by providing clear indicators of progress and objective thinking to show that we are hiding information behind closed doors. 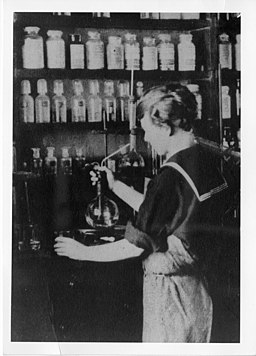 Transparent decision-making needs to be part of the process

In the business world the idea of building credibility and trust within a company has been is often sought after and regarded as an important factor for long-term success. And the results back it up. When top level managers make sure that their employees understand how and why company moved in a specific business direction it helps improve morale and increase productivity. This happens when CEOs, managers, research and development, and lower level employees communicate why things are being done2. Identifying why decisions are made, and research directions are chosen allows the decision makers and public to trust each other because everyone is on the same page and the process is transparent. Trouble occurs when we don’t explain how or why a decision was made, and the imagination of the public or an audience runs wild. This includes taking accountability when something goes wrong or things don’t work out as well. Public persona is judged on performance, decisions, and communication no matter if the problem or failure ‘wasn’t your fault’2.

“if we fail to convince the public that we have taken every reasonable step to determine the truth, we have failed at our objective”1

Language has a big impact on trust between groups

The differences between scientists and the public, in terms of language, is quite clear and can cause major problems for communication. Success in getting the audience to understand and trust your work relies on careful and planned language that can be understood by anyone. The trouble comes when scientists use technical jargon in discussing their work. Jargon can be useful for communication between those in your field especially when trying to convey a very specific point. But when communicating with anyone else (even other scientists in different fields) jargon is best left out. Miscommunication can occur even when not using technical words, where some misinterpret the words. For example, ‘long-term research’ might mean to some that the project is simply inefficient, when in fact you could just be planning for the future. Whenever you are communicating with those outside your inner circle, you need to take extra care in choosing how and why you use language.

“I began to see clearly that unless we communicated with people, involved them in our work and earned their trust, all our efforts would be for naught – a waste of our time and the government’s money.”1

If you are in a position to communicate with the public about you work here are some parting tips to get you started on the right path to credibility and trustworthiness. Avoid conflicts of interest by making sure that you are clear about any potential bias in your work. Consider all options in your work even if they seem ‘out in left field’, rather than jumping to the easiest choice. Make sure to define the scope of the research or project to your audience, and say it, make clear what you are testing and what you are not testing. Define your terms if you do have to use them, repeat the definitions and/or avoid using more jargon than necessary. Encourage public interaction and participation in your work with questions and discussion, it will help the audience feel more involved in the science. Explain the meaning of your results clearly, in language and visual aids, don’t assume people will just ‘get it’. Ask yourself critically: is your work really is credible? How do you handle transparency? Are you clear about QC/QA? What are the protocols to handle “bad data” or mistakes? If you work with ‘stake holders’ try your best to walk a mile in their shoes by having dialogues with your audience and consider what their point of view might be. Be open to change and continually practice improving credibility. Remember the phrase “we’re scientists trust us”, doesn’t cut it anymore. You don’t start with credibility, you have to earn it.